The fifth-grade year is often spoken of as “the golden year.” This title has been given it because of the wonderful place that fifth-grade children, eleven-year-olds, mature to. They are more balanced and poised in themselves than they have ever been before and than they will be again until the completion of the coming years of puberty and its rapid intellectual development.

Fifth graders are physically balanced. Usually able to run and jump easily, they are well proportioned and know their bodies, making them graceful and capable. They have left the roundness and lack of coordination of the young child behind and have not yet begun to grow so quickly in size and strength that their bodies are a continual surprise to them.

Intellectually, fifth graders have a greatly increased capacity for examination, thought and reflection. Their actions are much more planned and considered than in previous years, and their minds can take on a depth and breadth of study previously impossible. The fifth-grade year encompasses a wider scope of study than any previous grade. The children are growing in their intellectual capacities, and the curriculum meets this expansion with the study of ancient cultures, both mythic and historic, from ancient India to classical Greece. Their work reflects this new depth to their understanding and questioning.

The fifth grader also shows a great deal more balance socially and emotionally. A fifth-grade class is usually a harmonious group, with sincere attempts to compromise and apologize being made by all children involved in an argument or dispute. By the end of year, the divisions between boys and girls and among social groupings are diminishing, leading to a smooth and comfortable classroom environment. Fifth graders are also much more capable, taking on more challenging classroom cleaning, chores and work than in previous times.

The importance of the fine arts in a well-rounded education is described in detail in this great article, "Drawing with Hand, Head and Heart: Beyond the Right Side of the Brain"

The hallmark of fifth grade handwork is knitting a pair of socks! This one project involves learning a number of more advanced knitting skills and takes quite a bit of concentration and perseverance. It also requires more hand control as socks are knitted in the round with four needles. Woodworking often begins in fifth grade and continues all the way through high school. Fifth graders might begin with hand carving and polishing a wooden bowl or spoon.

Physical activity is a key component in Waldorf education. Seen as a necessity for all children, movement throughout the day supports learning and physical development. In 5th Grade the act of 'competing' comes into the fold, as children take part in the Pentathlon. For this event RRS students travel to the mountainous regions of Flagstaff where they spend a few nights in cabins and complete alongside state-wide Waldorf schools in Greek games in the spirit of Olympiads. During this time the 5th Graders learn what it means to compete, with an emphasis being placed on focusing on competing against yourself to be the best you can be, and supporting your opponents with good sportsmanship. During Pentathlon training our children are encouraged to focus on the Greek ideals of beauty, strength, and truth.

The grace, focus,  courage, determination and skill exhibited during their athletic endeavor are only a part of this event. Fairness, interest in and support of the others are equally important qualities this festival fosters. Class teachers, movement teachers, and other special subject teachers collaborate to enrich the curriculum around the Pentathlon Festival.

The students train hard in the ancient Greek disciplines of Running, Jumping, Wrestling, Discus and Javelin. These events are called disciplines because the merciless objectivity of each activity schools the child’s body, builds confidence, tempers the emotions, demands full attention to detail and creates an awareness of how one approaches competition and self-motivation. 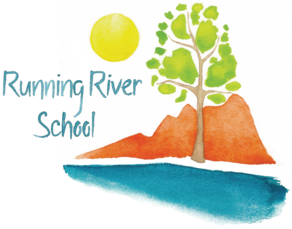